Does one get the same benefits with Coconut Cream ConcentrateTM as Coconut Oil?

Since Coconut Cream Concetrate (CCC) contains about 70% fat which is pure coconut oil, there are a lot of the same benefits. But one must realize that there is more to the CCC than the pure coconut oil. It is the whole coconut. Therefore, for example, it has sugar (natural), fiber, and protein. So it depends on the needs of the individual and what they expect. CCC will obviously have more carbs than VCNO, since pure coconut oil has no carbs and no sugar. But CCC has LESS carbs than coconut milk, because it contains all the fiber. CCC has more fiber per gram than grains do, so it is a great way for people to get fiber into their diet, especially if they don't want to eat grains. CCC is definitely a low-carb food because of the fiber. One complaint of many people on a low-carb diet is that they have occasional intestinal and digestive problems because of the lack of fiber in their diet. So CCC is a great product for them. Please note that CCC is a food, not a cooking oil.

2. Can you get the same benefits by eating fresh (or dried) whole coconut?
While whole coconut does contain coconut oil, you would have to eat more by weight to get the equivalent amount of pure coconut oil. Whole coconut contains more than just oil. It would include things like fiber, protein and sugar (natural sugar). Some people could be allergic to whole coconut, and not be allergic to coconut oil, for example, because coconut oil does not contain protein. If you are trying to restrict sugar from your diet, you do have to account for the added sugar in whole coconut as well. As to fresh coconuts, most coconuts you find in U.S. grocery stores are transported many miles and are no longer fresh. A freshly harvested coconut does not have a long shelf life, especially if the outer husk is removed down to the brown shell. Hence, many coconuts in U.S. stores may already be moldy. This is especially true for "young" immature coconuts. The best place to eat fresh, raw coconuts is in tropical climates where they grow, and right after they are harvested. Those outside the tropics might be better off eating dried coconut.

3. What are the differences between coconut milk/cream and Coconut Cream Concentrate?TM

Commercial coconut milks and creams are generally sold in cans, or sometimes boxes and tetra packs. The main ingredient in these products is water. If the fat content is 17%, it is called "coconut milk." If the fat content is 24%, it is called "coconut cream." But most of what you are purchasing is water. Coconut Cream Concentrate, on the other hand, has NO water, and is pure coconut. Unlike the commercial varieties, it also contains ALL the fiber of the coconut. Pure, dried coconut contains more fiber per gram than even oat bran. This fiber has been stripped out of commercial coconut milks and coconut creams. Also, almost all commercial coconut milks and creams have additives to prevent the water from separating from the coconut oil, and also have sulfites added to keep it white longer. Sometimes these additives are so small, that the FDA does not require them to list them on their labels as ingredients. Coconut Cream Concentrate, however, contains NO additives and NO preservatives at all: it is 100% certified organic natural coconut, made from organic Philippine coconuts grown without pesticides or fertilizers. 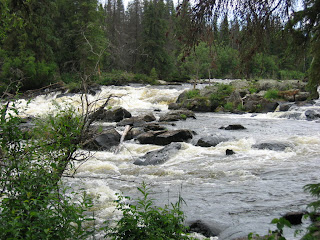 Posted by Jackie
Email ThisBlogThis!Share to TwitterShare to FacebookShare to Pinterest

When we are ready to make positive changes in our lives, we attract whatever we need to help us.

My Websites and other Blogs